Week commencing 18th May,2015
The girls spent the majority of the afternoon gathering shapes and colour matching. They discussed between themselves the best way to arrange them. After all the shapes had been matched they then decided that the shape arrangement looked like a row of people. They agreed that they would decorate the “people” . When they had finished they took a photo of their creation and showed their friends.

Ben made a snowman out of paper then decided to measure himself against it. What a fantastic idea!
Week commencing 26th January, 2015

A birthday cake made out of sticklebricks 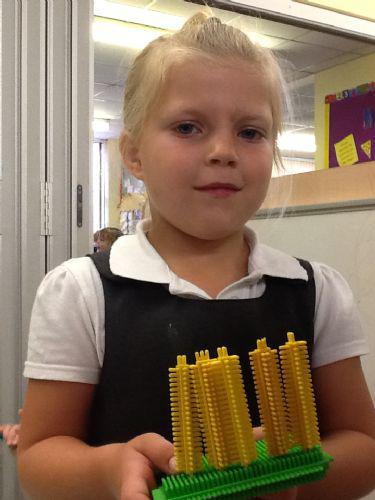