We listened carefully when we played parachute games. 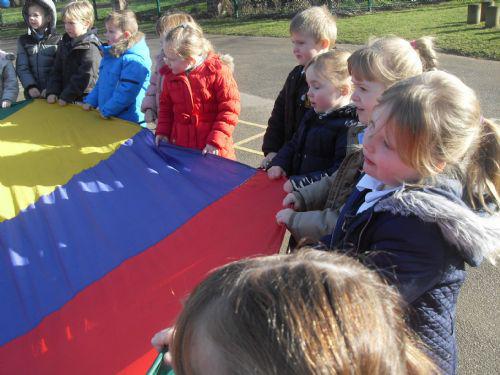 Dancing in the wind! 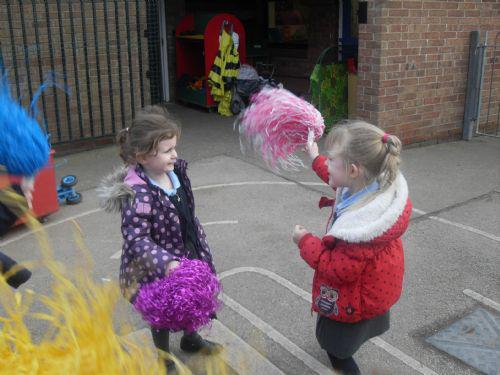 We enjoyed making a camp and singing songs around our pretend campfire. 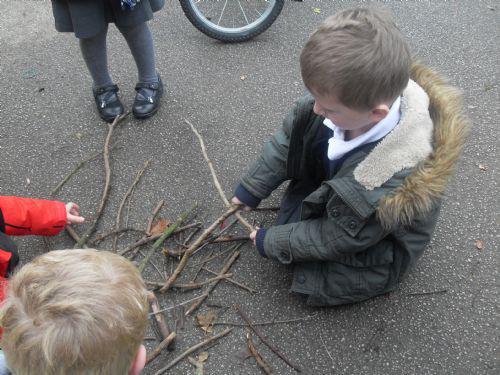 Do you want to build a scarecrow? 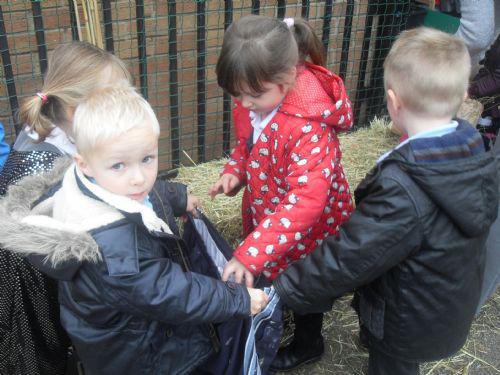 We named him Mr Scary and made up a story about him. 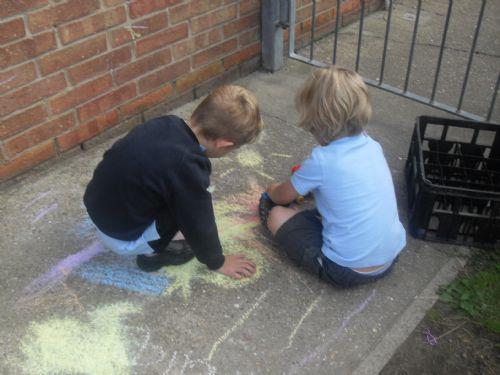 The children had great fun developing their balance and climbing skills in the outside area. 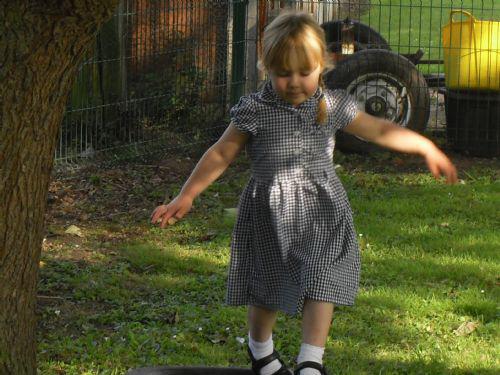